Klayman: If Only This Were So but Trump Is in Full Retreat Having Been Betrayed by His Own Judges, the Repub. Establishment and Media Like Fox News!
Order "It Takes a Revolution: Forget the Scandal Industry!" at Amazon.com 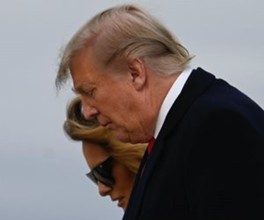 A Test of Loyalty: Is it Time to Give Up or Stand Up?
By Peter Ticktin
Newsmax
January 10, 2021
Many of us had hoped for the courts to do their duty, but we saw even Donald's appointed judges give way to the pressures of the Left.

Many of us saw the state legislatures fail to correct the situation.

Finally, the fix was not fixed on Jan. 6; the day Democrats are saying will "live in infamy."

I believe it will live in betrayal.