Klayman: If the Crowd at the Capitol Building Had Been Mainly Black Their "Protest" Would Still Be Underway!
Order "It Takes a Revolution: Forget the Scandal Industry!" at Amazon.com 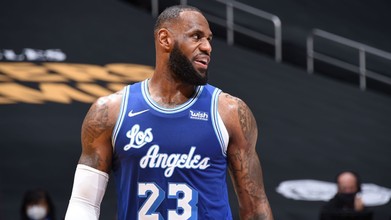 LeBron on Capitol siege: 'We live in two Americas'
ESPN.com
January 8, 2021
LOS ANGELES -- A day after a mob of pro-Trump rioters stormed the U.S. Capitol, Los Angeles Lakers captain LeBron James wondered what would have happened if the group of insurgents was mostly Black people, and blamed the mayhem on President Donald Trump.

"We live in two Americas," James said Thursday following the Lakers' 118-109 loss to the San Antonio Spurs. "And that was a prime example of that yesterday, and if you don't understand that or don't see that after seeing what you saw yesterday, then you really need to take a step back -- not even just one step, but maybe four or five, or even 10 steps backwards and ask yourself how do you want your kids, or how do you want your grandkids, or how do we want America to be viewed as? Do we want to live in this beautiful country?"