Klayman: This Is Why Loeffler Lost to a Radical Marxist Black Anti-Semite: Unprincipled!
Order "It Takes a Revolution: Forget the Scandal Industry!" at Amazon.com 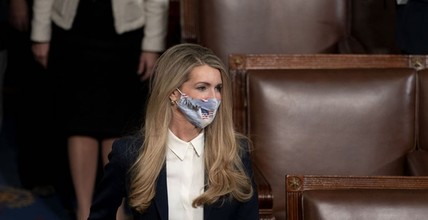 Loeffler Changes Certification Stance After Capitol Building Swarmed: 'I Cannot Now, In Good Conscience, Object'
The Daily Wire
January 7, 2021
Senator Kelly Loeffler (R-GA) walked back her support for contesting the Electoral College certification in the Senate on Wednesday evening, explaining that she could no longer support doing so after anti-certification rioters stormed the Capitol building.

"The violence, the lawlessness, and siege of the halls of Congress are abhorrent and stand as a direct attack on the very institution my objection was intended to protect: The sanctity of the American Democratic process," argued Loeffler.