Klayman: W. Bush Was and Remains a Clueless Idiot!
Order "It Takes a Revolution: Forget the Scandal Industry!" at Amazon.com 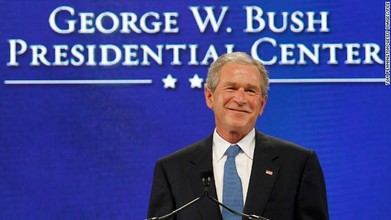 "President and Mrs. Bush look forward to returning to the Capitol for the swearing in of President Biden and Vice President Harris," Ford said in a statement. "I believe this will be the eighth inauguration they've had the privilege of attending -- President Trump's being the most recent -- and witnessing the peaceful transfer of power is a hallmark of our democracy that never gets old."