Klayman: Typical for Corrupt Democrat Leftist Law Firms in the Capital of Corruption!
Order "It Takes a Revolution: Forget the Scandal Industry!" at Amazon.com 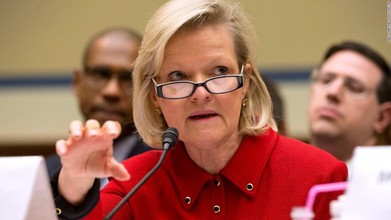 National law firm Foley & Lardner previously said it was "concerned" with Mitchell's involvement in Trump's call with Georgia Secretary of State Brad Raffensperger, and said the firm wasn't engaged in any legal work challenging the election results. Tuesday, it announced Mitchell was no longer with the firm.

"Cleta Mitchell has informed firm management of her decision to resign from Foley & Lardner effective immediately. Ms. Mitchell concluded that her departure was in the firm's best interests, as well as in her own personal best interests," firm spokesman Dan Farrell said in a statement Tuesday. "We thank her for her contributions to the firm and wish her well."