Klayman: Why Is Our So Called Gov't Not Making ChiComs Pay?!
Order "It Takes a Revolution: Forget the Scandal Industry!" at Amazon.com 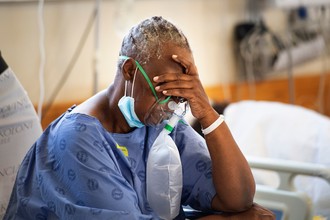 Covid variant in South Africa is 'more of a problem' than the one in UK, official says
CNBC
January 4, 2021
A new variant of the coronavirus identified in South Africa is more problematic than the mutation found in the U.K., Britain's health minister said Monday, as both strains spread rapidly.

"I'm incredibly worried about the South African variant, and that's why we took the action that we did to restrict all flights from South Africa," he told the BBC's "Today" program.