Klayman: Here Come the Communists Under Biden-Harris!
Order "It Takes a Revolution: Forget the Scandal Industry!" at Amazon.com 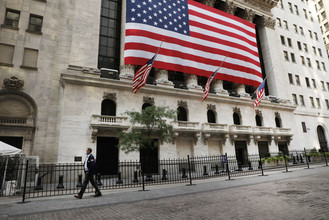 The legacy of 2020: Riches for the wealthy and White, financial pain for others
By Greg Iacurci
CNBC
January 4, 2021
The legacy of 2020 will endure in America's collective memory for many reasons: a deadly pandemic, a vicious presidential election.

It also brought the most severe recession in almost a century, which hurtled millions into poverty and joblessness and created burgeoning inequality.

That financial pain has been concentrated among certain groups, like racial minorities, women, low earners, those without college degrees and workers in the service economy, like restaurant and retail jobs that require face-to-face contact. (These categories often overlap.)