Klayman: What Does CNN "The Communist News Network" Know of Democracy?!
Go to www.FreedomWatchUSA.org to Join and Support Our Leftist Media Strike Force! Order "It Takes a Revolution!" at Amazon.com 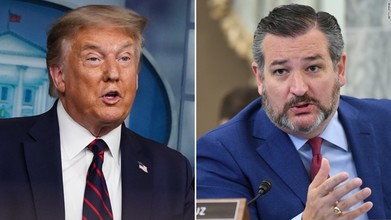 Nearly a dozen more GOP senators, a handful of whom will be sworn-in Sunday, have now announced they will challenge Biden's clear Electoral College win over President Donald Trump next week during what has traditionally been a ceremonial exercise on Capitol Hill. Their gambit is doomed to fail -- they have acknowledged as much -- in its immediate objective, but likely to succeed in hardening the conspiracy theory-fueled, right-wing base in Trump's thrall.