Klayman: Jake Tapper and His "Communist News Network" CNN Would Also Find China's and Russia's "Elections" Honest and Fraud Free!
Go to www.FreedomWatchUSA.org to Join and Support Our Leftist Media Strike Force! Order "It Takes a Revolution!" at Amazon.com 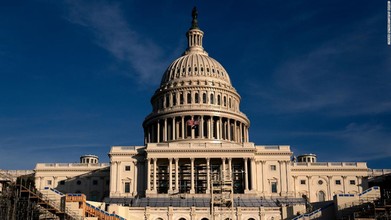 The 11 Republican lawmakers said they intend to support an objection to the Electoral College votes, if one is brought, and propose an election commission to conduct an "emergency 10-day audit" of the election returns in the "disputed states." The group includes Sens. Ted Cruz of Texas, Ron Johnson of Wisconsin, James Lankford of Oklahoma, Steve Daines of Montana, John Kennedy of Louisiana, Marsha Blackburn of Tennessee, and Mike Braun of Indiana, and Sens.-elect Cynthia Lummis of Wyoming, Roger Marshall of Kansas, Bill Hagerty of Tennessee and Tommy Tuberville of Alabama.