The New Year's Revolution!
Larry Klayman explains how to fulfill T. Jefferson's prophecy about the judiciary 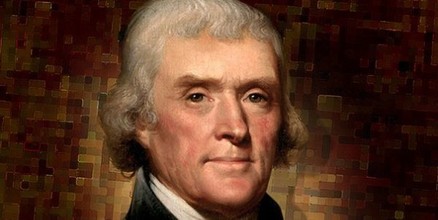 By Larry Klayman
WND
January 1, 2021
It's time not for another New Year's resolution, but instead a revolution! The American people are now on their own; that is, patriots and those who believe in freedom, liberty and God. President Trump did many good things during his four years in office, but thanks to the compromised courts, particularly the federal bench, and a legal team that could not shoot straight — or should we say shoot at all — even The Donald has now been forced to face reality in this corrupt world and virtually thrown in the towel. The transition to a socialist if not communist takeover by President-elect Joe Biden and his ultra-leftist vice president, Kamala Harris, has begun.

The handwriting is thus on the wall. The nation is now experiencing the real-life version of what Ayn Rand predicted in 1957, during what was then thought to be the rise of communism (today it is really happening), in her famous novel "Atlas Shrugged." The United States is about to enter into an age of more than mediocrity, but downright socialist tyranny — not that we have not already been heading into this nose dive for the last several decades, ever since President Lyndon Johnson conned the country into the disastrous and costly Vietnam War.