Klayman: Here We Go: Communists Coming Out of the Woodwork Under a Biden-Harris Administration!
Order "It Takes a Revolution: Forget the Scandal Industry!" at Amazon.com 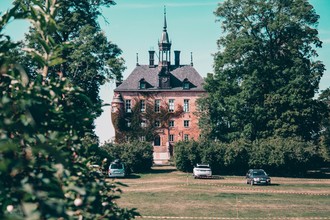 Abolish Inherited Wealth
By Ben Burgis
Jacobin Magazine
December 31, 2020
In Charles Bukowski's novel Hollywood, the protagonist Hank Chinaski reflects on the importance of home ownership to his father. "Look," Henry Chinaski Sr once told him, "I'll pay for one house and when I die you'll get that house and then in your lifetime you'll pay for a house when you die you'll leave those houses to your son. That'll make two houses. Then your son will..."

Hank thinks this is ridiculous. What if after accumulating ten houses in ten generations, the eleventh Chinaski gambles them all away? Better to live for the moment.

Anyone who cares about creating a society without landlords should have the opposite concern. What if the Chinaski family's holdings do accumulate as planned?