Klayman: Another Coach K "One & Done" Recruit Who Has No "Academic" Business Being at My Alma Mater Duke!
Order "It Takes a Revolution: Forget the Scandal Industry!" at Amazon.com 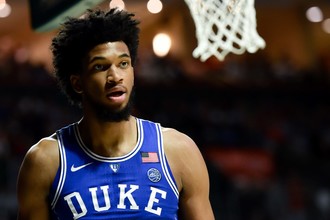 In a recent conversation with Rob Cassidy of Rivals, Duke basketball target Charles Bediako mentioned he is looking to announce his college choice at some point in January.

Also, despite the 247Sports Crystal Ball and Rivals FutureCast squarely pointing to Bediako's future being in Tuscaloosa, the IMG Academy (Fla.) senior maintained that all five of the finalists he named in October — Alabama, Duke, Michigan, Ohio State, Texas — remain in contention for his ever-improving services in the paint.