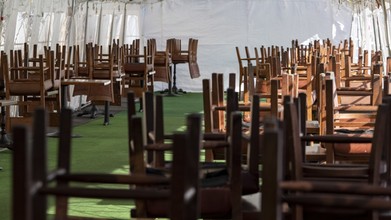 A three-judge panel for the appeals court paused a Los Angeles County Superior Court judge's ruling that would have required county public health officials to conduct a risk-benefit analysis of the temporary ban enacted in late November in order for it to remain in effect. A hearing on the matter will be held Feb. 10.