Klayman: Did You Know That Chris Ruddy the CEO of Newsmax Gave About 1 Million U.S. Dollars to the Clinton Foundation!
Order "It Takes a Revolution: Forget the Scandal Industry!" at Amazon.com 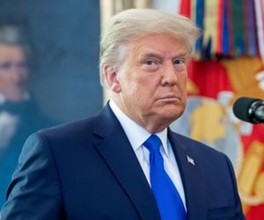 His comments came Tuesday in tweets.

He wrote: "Weak and tired Republican 'leadership' will allow the bad Defense Bill to pass. Say goodbye to VITAL Section 230 termination, your National Monuments, Forts (names!) and Treasures (inserted by Elizabeth "Pocahontas" Warren), 5G, and our great soldiers being removed and brought home from foreign lands who do NOTHING for us. A disgraceful act of cowardice and total submission by weak people to Big Tech. Negotiate a better Bill, or get better leaders, NOW! Senate should not approve NDAA until fixed!!!"