Klayman: This Is Typical Stone Bullshit: Check the Law for Pardoned Convicted Felons! No Chance of Success!
Order "It Takes a Revolution: Forget the Scandal Industry!" at Amazon.com 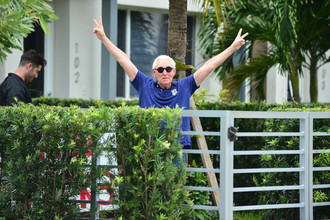 Trump formally pardoned Stone on Wednesday evening along with Paul Manafort, the former chairman of Trump's 2016 presidential campaign, and several others. Stone and Manafort refused to cooperate with prosecutors working on Mueller's investigation into Russian interference in the 2016 election. The president previously commuted Stone's 40-month prison sentence in July after he had been convicted on seven counts of witness tampering, lying to Congress, and obstructing the inquiry by the House of Representatives into possible Trump campaign coordination with Russia.