Klayman: May Low Life Alec Baldwin "Burn in Hell" This Christmas! He Is the Drugged Out Face of Leftist Hollywood and NYC! 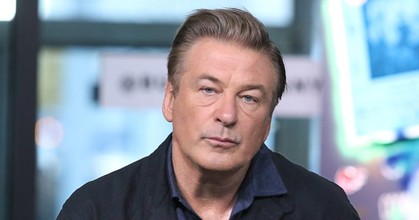 Alec Baldwin Suggests Violence for Trump: 'A Knee on His Neck, Cutting Off His Oxygen?'
By Samantha Chang
The Western Journal
December 25, 2020
Leftist rabble-rouser Alec Baldwin suggested violence for President Donald Trump on Sunday, proposing that the president be dragged out of the White House and choked if he refuses to concede the election.

Baldwin, whose recent claim to fame is playing Trump on "Saturday Night Live," made the thuggish remarks on Twitter.

"Who arrests Trump if he refuses to concede?" Baldwin tweeted. "Who drags him out?"

Baldwin then gleefully enumerated the variety of ways to torture the president while slamming him as a "thug."