Klayman: McConnell Is a Cheap Dishonest Republican Establishment Hack!
Order "It Takes a Revolution: Forget the Scandal Industry!" at Amazon.com 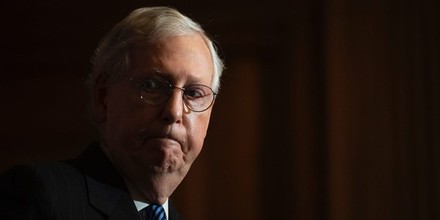 McConnell has for months led Republican efforts to limit spending in a COVID-19 stimulus package.

After lawmakers reached a hard-fought compromise this week, Trump undermined his own party by calling for $2,000 checks instead of $600 ones.

Democrats sided with the president. McConnell now has to cave or stand firm and justify denying larger payments to Americans.