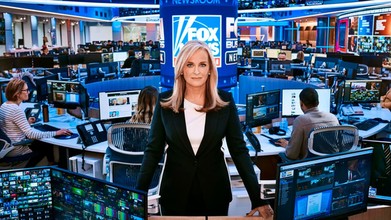 A quarter-century later, however, Scott and her defenders are keen to argue that she was never a member of the inner circle. Scott herself has denied complicity in, much less knowledge of, the sexual misconduct of the late Fox News founder, never mind the other Fox News executives and personalities cited in a dozen lawsuits that the publicly traded company has paid more than $100 million to settle with victims and shareholders.

In recent days, however, more than a dozen women—both current and former Fox News staffers, working on-camera and behind the scenes—told The Daily Beast that Scott has yet to be held accountable for her role over the years as a longtime Ailes lieutenant in allegedly facilitating a corporate culture of sexual misconduct, objectification of women, and surveillance.