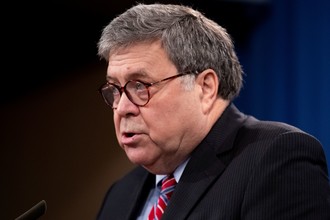 Trump has mulled pushing the Justice Department to appoint a special counsel for the probe, which is focused on Hunter Biden's taxes, and which is currently being handled by the U.S. attorney's office in Delaware.

"To the extent that there's an investigation, I think that it's being handled responsibly and professionally within the department," Barr said at a news conference, two days before his resignation from the Department of Justice takes effect.