Klayman: Duke's Leftist Administration Is Allowing Coach K to Destroy the Academic Integrity of My Once Proud Alma Mater! 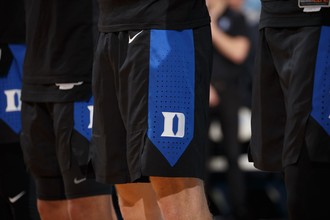 Five Duke basketball players likely to bolt after season
By Matt Giles
Ball Durham
December 21, 2020
As of a tweet on Tuesday from the Duke basketball program, freshman combo forward Jalen Johnson is out indefinitely with some sort of foot injury. Other than a report by ESPN during No. 21 Duke's win at Notre Dame on Wednesday, which noted that the former five-star recruit is in a boot and will receive a reevaluation in 2-3 weeks, there are no hints as to when he will return.

Nevertheless, as was the case when the Milwaukee native arrived in Durham at No. 13 on the 247Sports 2020 Composite, many 2021 mock drafts still project Johnson — who has averaged 11.5 points and 8.3 rebounds through his first four games — to be a lottery pick. And a recent aggregate mock draft, via Yahoo! Sports, has the 6-foot-9, 220-pound athlete going No. 8 overall.