Larry Klayman Is (Nearly) Always Right!
Larry Klayman likens his judicial prophecies to the powers of 'Carnac the Magnificent' 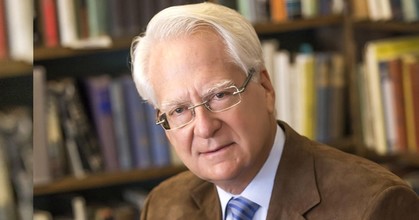 By Larry Klayman
WND
December 18, 2020
At the height of the Russian collusion witch hunts of former Special Counsel Robert Mueller, after Trump confidant Roger Stone was indicted on seven counts of perjury, witness tampering and obstruction of justice, for which he was later convicted, the self-styled dirty trickster sold T-shirts with the claim "Roger Stone Did Nothing Wrong" to line the pockets of his legal defense fund. Of course, Stone did do wrong, and at his criminal trial, which I attended on behalf of my client Dr. Jerome Corsi, he was convicted in record time — Stone having been unable to present one witness in his defense, including himself.

Ironically, in having my prediction come true, which I penned in last week's column (that the Supreme Court would shoot down the well-reasoned and meritorious lawsuit of the state of Texas, seeking to invalidate the fatally flawed and unconstitutional presidential elections in Michigan, Wisconsin, Pennsylvania and Georgia) I thought of Stone's audacious T-shirt, but in a different context. Regrettably, over many years of my fighting the corrupt legal establishment in the cesspool also known as the swamp, I came to predict with nearly exact certainly how federal judges and SCOTUS justices would rule, even before they issued their decisions.