Klayman: If There Is Any "Silver Lining" to Jeffrey Toobin Having Exposed Himself on Zoom Is That It's the First Sighting That This Leftist Media Hack Even Had a Private Part!
Go to www.FreedomWatchUSA.org to Join and Support Our Leftist Media Strike Force! Share and Donate 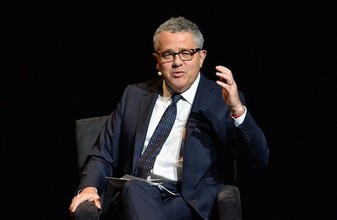 New York Times Spews A Lot Of Hot Garbage About Jeffrey Toobin
By Joe Patrice
Above the Law
December 17, 2020
Hey, did you hear that Jeffrey Toobin lost his job because he took his dick out and seemingly masturbated during a work meeting? You might have missed it while the entire world was on fire this year, but it happened. In the annals of inappropriate behavior, there are worse things out there. That said, it is still wildly inappropriate and just because he didn't assault someone or burn the office down doesn't make it any more acceptable. It's sexual harassment. Full stop.

But the New York Times felt the need to devote some 2,300 words to lamenting Toobin's fall from grace in one of the most vapid displays of the media's obsession with itself and its luminaries of all time. This is just mind-bogglingly bad.