Klayman: Acting AG Rosen Is Another Republican Establishment Do Nothing Swamp Creature! Trump Fooled Again!
Order "It Takes a Revolution!" at Amazon.com 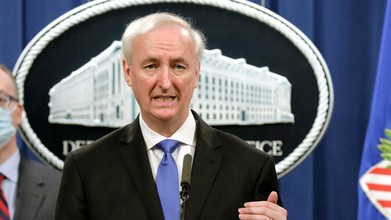 Rosen previously served as deputy attorney general, a position to which he was confirmed in May 2019 following the departure of Rod Rosenstein.