Klayman: Cowardly "The Mistake on the Lake" Bows to Pressure: "Indians Will Now Ban White Male Players!"
Order "It Takes a Revolution!" at Amazon.com 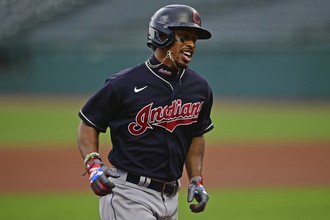 Citing three people familiar with the decision, The New York Times reported Sunday night that the team is moving away from a name considered racist for decades. The Indians have been internally discussing a potential name change for months.

A team spokesman told The Associated Press the franchise has no immediate comment on the report.

The Times said the team could make a formal announcement later this week. It's not known when the name change will take effect or if the team has settled on a new moniker.