Klayman: Trump Got Bad Advice: I Predicted This From the Get Go!
Order "It Takes a Revolution!" at Amazon.com 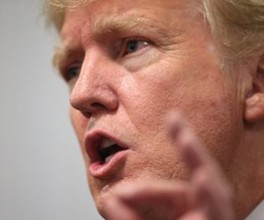 Trump Slams Barr, SCOTUS Decision in Twitter Attacks
By Sandy Fitzgerald
Newsmax
December 12, 2020
President Donald Trump on Saturday took to Twitter to slam Attorney General William Barr for not revealing "the truth" about Hunter Biden before the election and to rail against the Supreme Court's decision not to take up a Texas lawsuit filed against four states, calling the ruling a "legal disgrace."

"Why didn't Bill Barr reveal the truth to the public, before the Election, about Hunter Biden," Trump tweeted. "Joe was lying on the debate stage that nothing was wrong, or going on - Press confirmed. Big disadvantage for Republicans at the polls!"

He also said that "IF Biden gets in, nothing will happen to Hunter or Joe. Barr will do nothing, and the new group of partisan killers coming in will quickly kill it all. Same thing with Durham. We caught them cold, spying, treason & more (the hard part), but "Justice" took too long. Will be DOA!"