Klayman: Best This Leftist Black Muslim Clown Not Speak to the Media!
Go to www.FreedomWatchUSA.org to Join and Support Our Leftist Media Strike Force! Order "It Takes a Revolution!" at Amazon.com 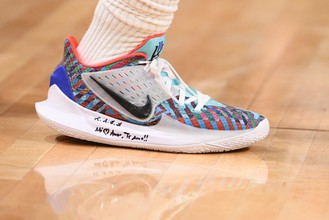 On Thursday, Shams Charania of The Athletic reported via tweet that former Duke basketball one-and-done and current Brooklyn Nets point guard Kyrie Irving cost himself and his franchise a $25K fine apiece from the NBA. The league provided the following statement as an explanation:

"The fines result from Irving's refusal on several occasions this week to participate in team media availability."