Indoor Dining Will Shut Down in New York City Again
Order "It Takes a Revolution!" at Amazon.com 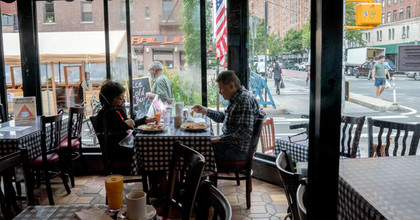 By Michael Gold
New York Times
December 11, 2020
Indoor dining will once again be barred in New York City restaurants starting on Monday, Gov. Andrew M. Cuomo said on Friday, a significant reversal of the city's reopening that comes as officials try to halt the escalation of a second wave of the coronavirus.

The decision, which Mr. Cuomo earlier this week suggested was all but certain, is a crushing blow to the city's restaurant industry, a vital economic pillar that has been struggling all year in the face of pandemic restrictions and a national recession.

As he announced the new restrictions, the governor called on federal lawmakers to provide relief to the hospitality industry. Congressional leaders have struggled to reach an agreement on a new economic stimulus package.