Klayman: "Whoreraldo" Is Wrong!
Order "It Takes a Revolution!" at Amazon.com 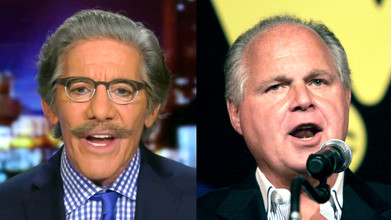 "I actually think that we're trending toward secession," Limbaugh said. "I see more and more people asking, 'What in the world do we have in common with the people who live in, say, New York?'" He added, "There cannot be a peaceful coexistence of two completely different theories of life, theories of government, theories of how we manage our affairs. We can't be in this dire a conflict without something giving somewhere along the way. So I know that there is a sizable and growing sentiment for people who believe that that is where we're headed whether we want to go there or not."