Klayman: Jeffersonian Revolution and Not Secession Rush! Order "It Takes a Revolution!" at Amazon.com. 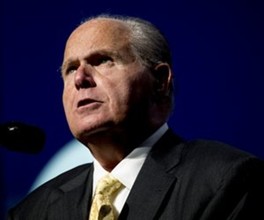 Rush Limbaugh: Conservative States Are 'Trending Toward Secession'
By Jeffrey Rodack
Newsmax
December 10, 2020
Rush Limbaugh, noting conservatives have very little in common with people in certain states, is raising the issue of secession.

Limbaugh made his comments on his radio show on Wednesday.

"I actually think that we're trending toward secession," he said. "I see more and more people asking what in the world do we have in common with the people who live in, say, New York? What is there that makes us believe that there is enough of us there to even have a chance at winning New York, especially if you're talking about votes.