Klayman: Just Another Poor Excuse for Coach K Becoming a Loser and Ruining Duke's Academic Standing With One and Done "Non-Student" Athletes! 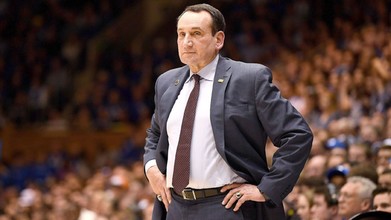 "I would just like for the safety, the mental and physical health of players and staff to assess where we're at," Krzyzewski said.

Krzyzewski's comments came after an 83-68 loss to Illinois.

The five-time championship-winning coach said that the idea for everyone to start on Nov. 25 wasn't planned well. The goal, according to Krzyzewski, was to get in as many games as possible.