Klayman: Order "It Takes a Revolution!" at Amazon.Com 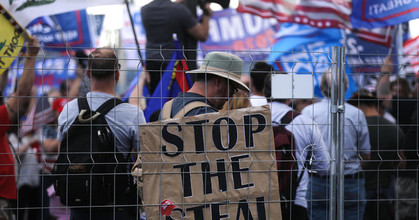 On Monday, an activist associated with the "Stop the Steal" movement, which promotes baseless arguments that Democrats "stole" the election, tweeted, "I am willing to give my life for this fight."

In response, the official account for the Arizona branch of the GOP quote tweeted the sentiment, adding, "He is. Are you?"