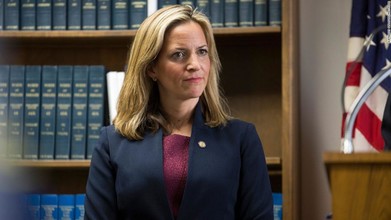 By Annie Grayer and Scottie Andrew
CNN
December 7, 2020
(CNN)Michigan Secretary of State Jocelyn Benson said dozens of armed protesters gathered outside her Detroit home, chanting and shouting obscenities about overturning the results of the 2020 presidential election.

Benson said her 4-year-old son was about to start watching "How the Grinch Stole Christmas" on Saturday night when a group of protesters began chanting into bullhorns in front of her house.

The protesters made "unambiguous, loud and threatening" demands to overturn the election results, which the state certified in late November, she said in a statement.