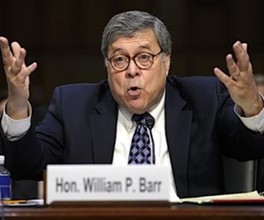 The news comes after a week where Barr had denied there was evidence of widespread voter fraud to overturn the election and multiple incidents of President Donald Trump declining to issue a public support of confidence in his one-time lockstep head of the Justice Department.

Three sources told the Times Barr might resign before the end of the year, but he is at least preparing to leave the DOJ by inauguration day, according to the report.

Barr had been weighing how to exit before this week's developments, a source told the Times, potentially a signal the nation's top law enforcement official has been uncomfortable with President Trump's election challenges or the pressure from Republicans to investigate the allegations of election and voter fraud.