California Sheriff Tells Newsom County Won't Be 'Blackmailed, Bullied, or Used as Muscle Against' Residents
Order "It Takes a Revolution!" at Amazon.com 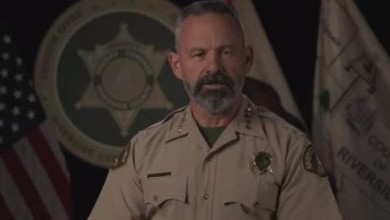 In a statement, Bianco criticized the Democratic governor's "dictatorial attitude" toward Californians, while he dined in luxury, traveled, kept his own business open, and sent his kids to in-person private school.

It is "very telling about his attitude toward California residents, his feelings about the virus, and it is extremely hypocritical," Bianco said.