Klayman: Great Pick Joe: This Leftist Hack Screwed up California and Now He Can Do the Same Nationally!
Order "It Takes a Revolution!" at Amazon.com 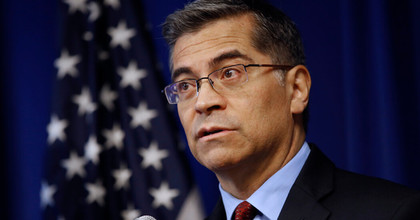 Biden Picks Xavier Becerra to Lead Health and Human Services
By Sheryl Gay Stolberg and Michael D. Shear
New York Times
December 6, 2020
WASHINGTON — President-elect Joseph R. Biden Jr. has selected Xavier Becerra, the Democratic attorney general of California, as his nominee for secretary of health and human services, tapping a former congressman who would be the first Latino to run the department as it battles the surging coronavirus pandemic.

Mr. Becerra became Mr. Biden's clear choice only over the past few days, according to people familiar with the transition's deliberations, and was a surprise. Mr. Becerra has carved out a profile on the issues of criminal justice and immigration, and he was long thought to be a candidate for attorney general.