Klayman: Get This Leftist Hack of Fox News off the Air!
Go to www.FreedomWatchUSA.org to Join and Support Our Leftist Media Strike Force! Order "It Takes a Revolution!" at Amazon.com 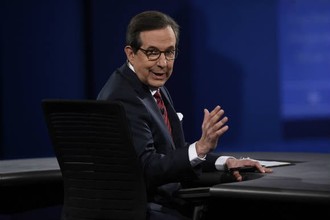 "We welcome Vice President Biden to the club," Azar said on "Fox News Sunday." "Since the middle of April ... the president's guidelines have called for -"

Azar did not respond to Wallace, pressing ahead and saying President Trump has "called masks patriotic."