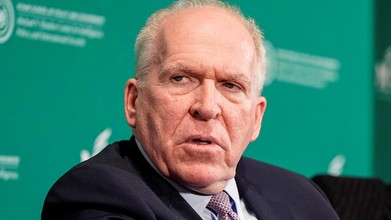 Brennan: 'No problems' with Durham probe going into 2021, claims he did not rely on Steele dossier
By Ronn Blitzer
Fox News
December 6, 2020
Former CIA Director John Brennan told "Fox News Sunday" that he does not see anything wrong with Connecticut U.S. Attorney John Durham continuing his investigation of the Russia probe into 2021, while insisting that he never improperly relied on the unverified dossier compiled by ex-British spy Christopher Steele.

"I think that is fine, I have no problems with it," Brennan said, adding that he has already sat down with Durham's team for eight hours. "I do believe that John Durham is going to carry out his responsibilities ably and hopefully not with any political influence."