Klayman: As I Have Been Saying: The Courts Are Compromised and Corrupted but So Are State and Federal Legislators! Order "It Takes a Revolution!" at Amazon.com 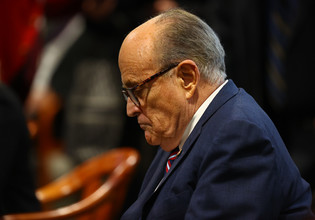 On Friday, Rudy Giuliani accused judges of unfairly dismissing cases, and said the Trump team doesn't need courts to change the outcome of the election. In this photo, Giuliani waits to testify before the Michigan House Oversight Committee on December 2, 2020 in Lansing, Michigan. Rey Del Rio/Getty

The Trump campaign has so far gained only one victory out of over 30 lawsuits filed in six different states, as the rulings have come from both Republican and Democratic judges. Some have even been Trump-appointees.