Klayman: Zucker Should Now Take a Job as the New CEO and Propagandist for Cuba's Communist "Grandma" State News Agency!
Go to www.FreedomWatchUSA.org to Join and Support Our Leftist Media Strike Force! Share and Donate 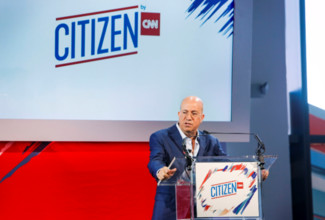 Report: Jeff Zucker May Depart CNN Early Next Year
By A.J. Katz
TV Newser
November 21, 2020
There's has been a good deal of speculation in recent months that CNN Worldwide chief Jeff Zucker may leave CNN at some point in the near future.

The Wall Street Journal published a piece in October titled, CNN President Jeff Zucker Faces What Might Be His Last Lap.

Today, Vanity Fair's Joe Pompeo is reporting that according to a source of his, "there's talk in the upper ranks of WarnerMedia that Zucker is expected to leave CNN in the first quarter of 2021."