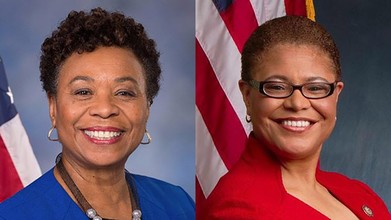 "Appointing a Black woman to this seat is nonnegotiable — this must be done," Black Lives Matter Global Network wrote, directing the Democratic governor to either appoint U.S. Reps. Karen Bass or Barbara Lee to fill the seat for the remainder of Harris' term.

"If there is not a single Black woman in the Senate, then the Senate is simply not a proper representation of the people," the petition states, pointing out that there will be no Black female U.S. senators once Harris takes the leap from Congress to the executive branch.