Klayman: Go for It Mr. President! 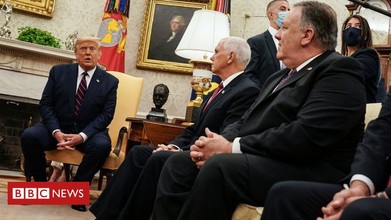 The advisers warned him that military action could spark a broader conflict, officials were cited as saying.

The White House has not commented on the accounts of the meeting.

It took place a day after the global nuclear watchdog said Iran's enriched uranium stockpile was 12 times what was permitted under a 2015 nuclear deal.