The Jewish Left: A Threat to Jewry, America and Israel
Larry Klayman is embarrassed by those claiming faith who push socialism 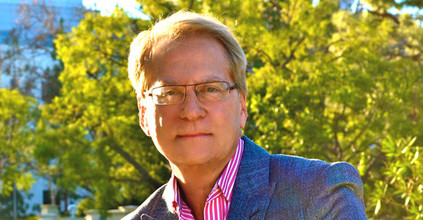 By Larry Klayman
WND
November 13, 2020
Let me get this up front! I am a proud Jew and a Zionist who believes in our Savior Jesus Christ, Yeshua, the truest Jew there ever was! Let me also make this clear: The overwhelming majority of Jews in this nation, Israel and spread throughout the world are not followers of self-hating Jews such as the inventors and later disciples of communism Karl Marx, Leon Trotsky, Saul Alinsky, Bernie Sanders, George Soros or anyone else of the Jewish left. Among all peoples, Jews — as the most persecuted minority in world history, losing over 6 million good souls at the hands of Hitler who many think also had self-hating Jewish roots by way of one of his grandfathers — understand what an oppressive centralized government stranglehold on the populace means in terms of one's life expectancy.

Ever since I founded Judicial Watch on July 29, 1994, conceived to be a conservative-oriented public interest watchdog meant to fight against corruption in government and the legal system, I have been attacked primarily by leftist Jews in the media. Among these hateful hacks and followers if not apologists of and for socialism and communism are people such as Jeffrey Toobin, the now disgraced legal analyst of CNN and recently fired reporter of The New Yorker Magazine.