"He Plans to Wreck Fox": Trump Eyes Starting His Own Digital Media Empire 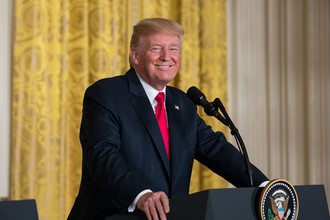 By Mike Allen
Axios
November 12, 2020
Some Trump advisers think Fox News made a mistake with an early call (seconded by AP) of President-elect Biden's win in Arizona. That enraged Trump, and gave him something tangible to use in his attacks on the network.

"He plans to wreck Fox. No doubt about it," said a source with detailed knowledge of Trump's intentions.

"We love competition. We have always thrived with competition. ... Fox News has been the number one network, including broadcast networks, ... from Labor Day through to Election Day."