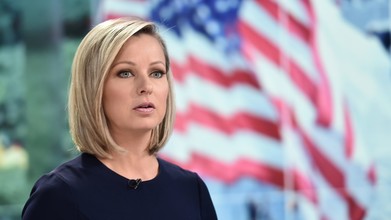 Fox News' Sandra Smith, in off-camera clip, reacts to guest's election comment: 'What is happening?'
By Jenna Ryu
USA TODAY
November 11, 2020
Fox News anchor Sandra Smith has become the subject of Twitter buzz after a now-viral clip showed her off-camera reaction to the comments of a guest on "America's Newsroom" during the network's Saturday broadcast.

Major networks such as CNN, the Associated Press as well as Fox News reported Democratic nominee Joe Biden surpassed 270 electoral votes and secured the race for president Saturday after Pennsylvania was finally called for the former vice president.