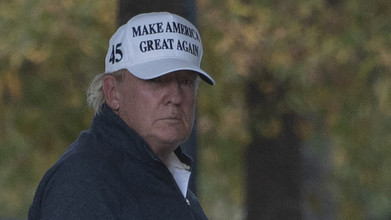 Trump Election Lawsuits Have Mostly Failed. Here's What They Tried
NPR.org
November 11, 2020
Despite calls from many for a concession this weekend, President Trump and his campaign say they are pushing on to fight the election results tooth-and-nail.

"Our campaign will start prosecuting our case in court to ensure election laws are fully upheld and the rightful winner is seated," Trump said in a statement Saturday. "The American People are entitled to an honest election: that means counting all legal ballots, and not counting any illegal ballots."

The problem is, Trump's campaign has spent much of the past week in court with little success and without presenting anything close to evidence that points to a fraudulent result.