Insiders at Fox News Wonder What's Next as They Try to Acknowledge Biden's Victory Without Turning Away Trump Voters
Go to www.FreedomWatchUSA.org to Join and Support Our Leftist Media Strike Force! Share and Donate 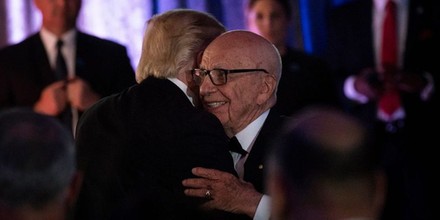 By Claire Atkinson
Business Insider
November 10, 2020
On Saturday, after Fox and other outlets called the election for President-elect Joe Biden, there seemed to be a distinct change in direction at the network that not all anchors agreed with. On Monday night, Fox News' Tucker Carlson appeared to rail against his colleague Neil Cavuto after Cavuto cut away from press secretary Kayleigh McEnany for suggesting Democrats were "welcoming fraud." Carlson likened the cutaway to a dictatorship, though he did not directly name Cavuto.

One source described the shift to accept Biden's victory as the network's attempt to pacify the 71 million Trump voters, while also acknowledging Biden is the next president.

"They are not going to sneer Trump out of the door, and they're not going to disrespect the viewers," one person familiar with the network said. "The viewers are upset about what's happening, and Fox is not going to treat them like sore losers."