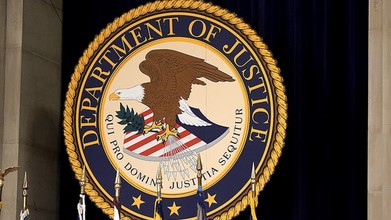 DOJ official quits after Barr move on election fraud allegations
TheHill
November 10, 2020
A Justice Department official stepped down from his role overseeing probes into voting crimes hours after Attorney General William Barr announced on Monday that he had authorized the agency to investigate any "substantial allegations" of voter fraud in the presidential election.

In an email first obtained by The New York Times, Richard Pilger wrote to colleagues, "Having familiarized myself with the new policy and its ramifications ... I must regretfully resign from my role as director of the Election Crimes Branch."

Pilger added in the email that the new policy is "abrogating the forty-year old Non-Interference Policy for ballot fraud investigation in the period prior to elections becoming certified and uncontested."

According to the Times, Pilger, who had served as director of the Justice Department's Election Crimes Branch since 2010, added that he would "move to a non supervisory role working on corruption prosecutions."