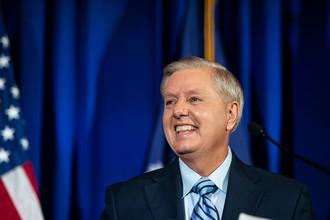 Newsweek
November 8, 2020
The Republican called on the Department of Justice and the U.S. Postal Service to investigate these claims after receiving the allegations from Richard Hopkins, a postal worker in Erie, Pennsylvania.

Trump has repeatedly claimed that Democrats have "stolen" the election and that there has been widespread voter fraud, despite not offering any proof. In the past, substantiated examples of voter fraud have been found to have been minuscule.

Mail-in vote counting in Pennsylvania, a state which did not start counting until Election Day and has a three-stage system of counting to ensure accuracy and combat fraud, became a key issue this year as millions more votes were cast through the post because of COVID-19.