Alan Dershowitz to Newsmax TV: Democrats Have an Anti-Semitism Problem 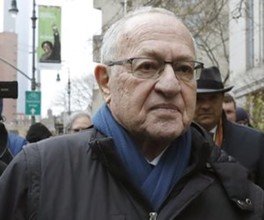 "I wish the centrist on the Democratic party would speak out more against the anti-Semitism by Ilhan Omar and some people on the Squad. And of course, Black Lives Matter still hasn't changed its platform. It still talks about Israel as a genocidal country. It mentions no other country which has police abuses from the Philippines to Iran. It only focuses on the nation-state of the Jewish people," Dershowitz told Monday's "The Chris Salcedo Show."