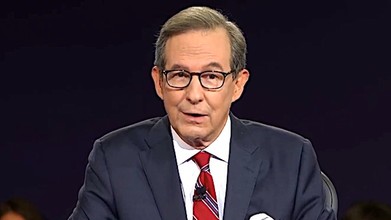 By Larry Klayman
WND
November 2, 2020
In the final days of the presidential race to the White House, it's not just social media companies that have set their leftist sails to take down President Trump and put the malleable and brain-dead Joe Biden and his evil witch of a vice presidential candidate in office to pursue their leftist agendas, but also the Lachlan Murdoch inspired new veneer of now leftist-oriented Fox News.

When I first conceived of this column — which I postponed for a few days over a development in my lawsuit over Joe Biden and his campaign's interference in Freedom Watch's YouTube Channel, which occurred after I broadcast over a year ago that we would commission a citizens grand jury to seek the indictment of "the zombie" and his formerly drug addict son Hunter over the Ukrainian, Russian, Chicom bribery money laundering caper — I thought I would embed just my weekly radio show, as WND is kind enough to allow me to do. But after watching Chris Wallace last Sunday morning on his show "Fox News Sunday," I find it incumbent also to showcase this leftist's treachery with both his vicious and hateful interview of Trump adviser Cory Lewandowski and the powder-puff interview of the two-faced and ever-phony-smiling Amy Klobuchar, the Democratic senator from Minnesota and a likely choice for a Cabinet position in the unfortunate event of a Biden/Harris presidency and vice-presidency.